“A trout in the pot is better than a salmon in the sea.”

One of my favourite Irish legends is the story about Fionn McCumhail (pronounced Finn McCool) and the Salmon of Knowledge. In this legend, Fionn was the apprentice to a very wise poet who had been trying to catch the salmon of knowledge for years. It was said that whoever ate this salmon would have all the wisdom and knowledge in the world. One day, while Fionn was still living with Finnegas, Finnegas finally caught the salmon. He gave the fish to Fionn to cook, admonishing him to not eat any. When Fionn brought him the cooked fish, he noticed something different about the boy. The salmon had gotten a blister whilst cooking and Fionn had popped it, burning his thumb in the process. He had then sucked his thumb and consequently, without this knowledge, had gained the wisdom of the salmon. Finnegas realised that Fionn was the one who had fulfilled the prophecy and so he ordered the boy to eat the remainder of the fish. Afterwards, anytime that Fionn needed to gain insight or wisdom he would suck on his thumb.

This weekend gone out I finally got to have my “Thank you brunch” with my wonderful friend, Becky, who edits this blog for me.  Adam, who created my logo, was unable to make it, but we saved him a plate! Becky and I had a lovely few hours on my roof top, eating delicious food, and then retiring to my apartment for a cupán tae. We hadn’t gotten to hangout for a while so it was great way to not only say thanks, but also to catch up. We discussed everything under the sun from vacations to friendships to what we hope our futures hold. 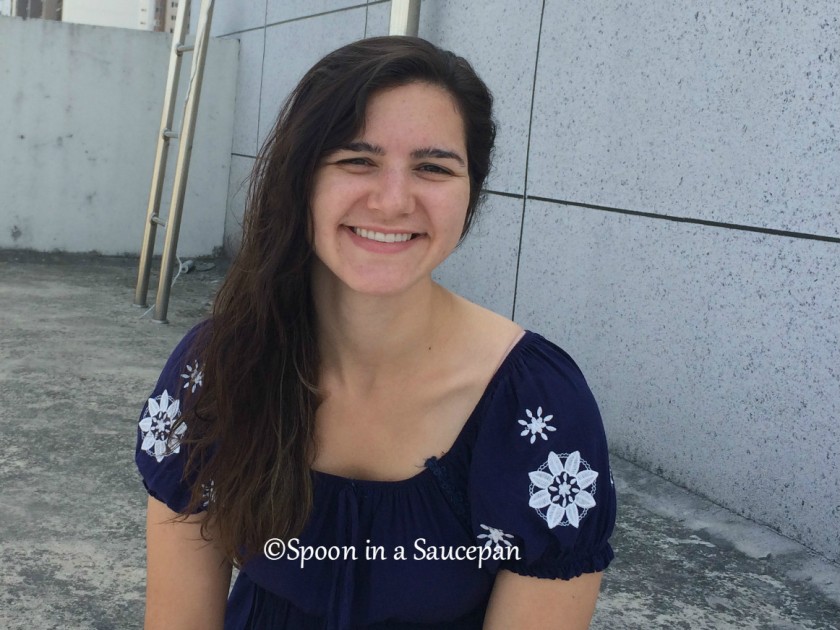 For our brunch, I made three dishes, Salmon Blue Cheese Egg Muffins (recipe below), Pajeon (recipe coming soon on What’s Cooking?) and Jhul’s @ The Not So Creative Cook‘s Nutella French Toast Roll-ups. OMG. Those stole the show. Seriously. They were so luscious, but also incredibly easy to make and, confession time: I’d never made French Toast before. So, if I can make it…you certainly can! Becky is a huge Nutella fiend, so this dessert was an obvious choice to say thanks to her.  Who doesn’t like Nutella, anyway?

Despite the Nutella French Toast Roll-ups stealing the show, the other dishes were close behind. The idea of making this version of egg muffins came to me as I was reminiscing about the  Gorgonzola Salad Wraps that I made a few months ago and I began craving blue cheese again.  I haven’t had any blue cheese in a while (it’s a bit expensive to buy here!), so I knew if I wanted to have it again, it had to be used wisely in a tasty recipe.

Not only is the salmon a wise fish, it’s also a heart healthy one that is packed with omega 3. Combined with spinach, this fresh but light egg muffin is a powerhouse of healthy food options, even with the blue cheese. It makes a great breakfast or snack. While best eaten warm, it’s still pretty good cold and can be used in lunches.  I love how all the different flavours come together. The salmon and gorgonzola, in particular, are a match made in heaven!  And who, knows, maybe like Fionn, your knowledge and wisdom may increase by eating these tasty morsels.

Before you proceed to the recipe, I’m now on Pinterest.  I’ve never really used Pinterest, so any tips would be greatly appreciated!